The poems in Still Point contrast the calm and tumult of Hurricane Katrina, the deconstruction of Detroit, the financial crisis of 2008, and the BP Gulf oil spill, weaving lyrical sequences and individual pieces into a coherent whole focused on humanity’s relationship to itself and to nature. Still Point tells a story of beauty and horror, and how normalcy stubbornly persists amid history’s arc.

E Martin Nolan works at The Puritan and teaches at The University of Toronto. Born and raised in Detroit, he attended Loyola University New Orleans and U of T. His writing has appeared in Arc, CNQ, and CV2, among others. He lives in Toronto.

“This is in large part a book about city planning and demographics, which the poet makes interesting by giving it narrative force, by having genuine insights… This book illustrates two old saws: ‘when it rains it pours,’ and ‘you can’t go home again.’ It is a muted, stern indictment of planning to fail, to fail certain people.”—University of Toronto Quarterly

“Can we still hope in an arc from one city to another, from one person to another? Can we feel the ‘sub-molecular effects’ that link us in song and empathy? Looking, listening, and entering into the lives of New Orleans, Detroit, and Toronto during years of stunning destruction and disconnection, Ted Nolan illuminates our consanguinity. His direct human attentiveness to second-line musicians, streetcar riders, and ball players has inspired remarkably well-anchored, vivid poems. Here they are, the ‘living hands’ of living places—I hold them out to you.” — Michael Lauchlan, Trumbull Ave

“When a book is this good, what to say? Without rhetoric, in intimate detail, Nolan nails it. Behind our sealed windows, converging by accident, at odds, moved only by the metaphysics of money, we hang on a hinge. ‘Between what’s what and what’s coming.’  Will we make it? Fat chance. And yet the poems end on a sliver of hope. ‘Thank you for having us,’ Nolan tells the birds. It may be hello or goodbye.” — Rosemary Sullivan, Stalin’s Daughter 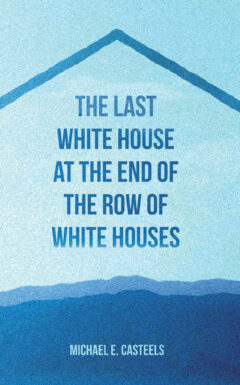 $ 9.99 – $ 16.95
We use cookies to ensure that we give you the best experience on our website. You can learn more about which cookies we're using or switch them off in your Internet browser settings.Got itNo thanksPrivacy policy