All ebooks now PWYC, w/ 100% of $$ going to authors. All print books 25% off, orders ship weekly on Thursday. Dismiss

“There is no story to tell,” A. Sivanandan interrupts her here, “No one story anyway […] except that we all bore the imprint of that history, like a stigma, internalized it even, made it our own, against our will, calling to memory the while to lose it by losing memory itself.” Forgetting was the easiest thing, she used to think. You knew a thing, the texture of its desire and its hurt, and then you stopped knowing it, ceased knowing you had ever known it.

In those first years here, they moved so often, between so many differently-shaped and sized spaces, that they lost things along the way. Books and trunks of children’s clothes disappeared into some ether, while they decided which pieces of memory were worth Ontario’s trucking fees.

Still they found themselves frequently and finally in an inner-city Toronto neighbourhood, the kind that journalists write about in culinary terms, as though its very cement were spice-marinated, as though stories upon stories of the decrepit high-rises were strung with saris, as though people who lived here did not also turn grey in the city’s grim winters. She used to buy her mother flowers when they lived there, the only gift she knew to give a woman who accepted nothing easily.

There was little space for plants elsewise in their rental flat, still less time for their care. The air in the apartment was stifled with the congestion of things and people, their breathing always interrupted by history. Their balcony functioned as a suspended garage, minus the rickety van that sat on the tarmac sixteen floors below. Every other thing whose absence wasn’t immediately noticed, they crammed into that railed-off strip of whitewashed concrete in the sky. There were layers to their forgetting, to the causes of loss and its effects.

The apartment was next door to the building’s elevator bank. Occasionally they could hear the elevators labour through the whitish walls: a high-pitched protesting followed by an indignant rumbling. For a while, the edge of the balcony upstairs jutted past her bedroom window. Like the smoke from their cigarettes, their neighbour’s voices were in her room always.

One afternoon, she heard one of them crying. At first, she didn’t realise what the sound was. She thought that he was laughing: a series of sharp, staccato inhalations, followed by a pause, some warped Morse code. Three times, maybe, the beat repeated itself, before she realised that he was sobbing, so close to her in his balcony that she was able to hear him, when he would have been inaudible had he been in the apartment’s other bedroom.

Upstairs, they must have had a party, because, afterwards, her room was full of the sounds of a low-key, laid-back affair: people talking and laughing into the night air. It was strange, because even though she couldn’t understand them, it didn’t seem that anyone had noticed or had anything to say about the man who had been crying.

“Loneliness is collective; it is a city,” Olivia Laing writes, “We are in this together, this accumulation of scars, this world of objects, this physical and temporary heaven that so often takes on the countenance of hell.” There are memories of which she has left only memories, concerning moments forgotten, and then rewritten. They were the familiar edges of scars, ridges rough and grounding under peeling fingertips. This genre of memory provided her with footholds in time’s face, helping her a little to scale the past’s walls. They were the lips of ravines that careened away from all attempts at mapping. There were layers of everything forgotten, sedimented and multicoloured with eddies of madness. They were the not-forgotten, the strictly compacted, the always-almost rising.

So, she’d buy her mother these flowers, these technicolor plants she never learned the names of, and her mother loved them, and their shrillness that disrupted the overfull bookcases. They’d made the wall-to-wall floor-to-ceiling bookshelves themselves, thick yellow planks plainly marked with her father’s green ink handwriting, dashes and numbers identifying the lines to saw, the points to nail.

Her mother would put the flowers in vases, and they’d die, spilling petals over the table her father had bought in another country fifteen years ago, a dangerously heavy wooden thing whose grooves are as familiar and forgettable to her as her own scars.

Then she moved, and so did her mother, the latter forty-five minutes east into the city’s suburbs, and the former as far west as she could, flying unthinkingly over the entire breadth of prairie sky, until the Pacific stopped her.

The house her mother moved into had a garden, which changed everything. The house had a front lawn and a back yard. For years – until a car one day careened off the street, through the fence, and over the vegetable patch –, there was a pear tree that grew in the centre of their backyard and never bore fruit. Her mother grew her own flowers now.

During the summer, the blooms spilled in careful riots over the balustrades at the house’s front entrance, and they sprouted in demure squares on the either side of the den’s French windows. The tables were now littered with glasses holding the flowers that her mother came home every day to tend, and she never saw them die. It would be a different creature altogether that she might bring home now, the tendering of money for cheap bouquets a different language altogether.

So, she’s run out of things to buy her mother. At airports, under the shadow of aggressively blasé border guards, her mother says, “You are a such a good daughter. May Allah bless you,” and she wonders about the gifts she could possibly give that could make sense of this.

Fathima Cader’s writing has appeared in Verso, The New Inquiry, Hazlitt, Apogee, Fader, The Unpublished City: Vol 2, and elsewhere. She served as the 2018 Creative Non-Fiction judge for Briarpatch Magazine’s annual Writing in the Margins contest. She holds a Master of Arts in English from the University of Toronto. She teaches at the University of Windsor’s Faculty of Law and is an incoming faculty member at the City College of New York’s Beyond Identity program. She practices human rights law in Toronto. She’s on Twitter at @ficader.

Get news, discounts, and other ​emails from Invisible 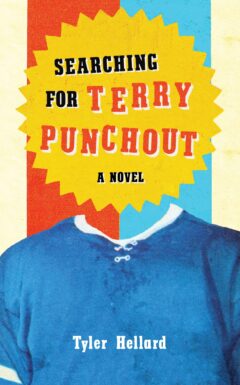 We use cookies to ensure that we give you the best experience on our website. You can learn more about which cookies we're using or switch them off in your Internet browser settings.Got itNo thanksPrivacy policy